Erdtree Avatar is a Boss in Elden Ring. Erdtree Avatar is a large, headless creature that looks like a tree stump wielding a large mace and is found in multiple locations, guarding the Minor Erdtrees. Each avatar drops a different set of Flask-related materials. This is an optional boss as players are not required to defeat it to advance in Elden Ring.

There are multiple Erdtree Avatar bosses that can be found in the Lands Between:

The Best Tips for Erdtree Avatar:

Use Torrent to ride by him getting in a couple of swipes. He is a rather large target so if you're good at maneuvering you can just circle him getting in many attacks. Ride away when he attacks, and circle back repeating this process. It's rather easy and straightforward. Stack health flasks and wear heavy armor since you have no weigh on horseback.

Try to stay behind him when you can and dodge his sweeping attacks. Attack in between his big swings, and avoid blocking since it costs too much Stamina.

Bring your desired ash spirit. the Lone Wolf Ashes are a good choice, since they are three and can keep the Erdtree Avatar busy for a while. Glintstone Pebble can take him down if you have good spacing and time. Just be sure to back away when needed, and then begin your assault again.

Only be aware of its massive staff as it deals a huge amount of damage. 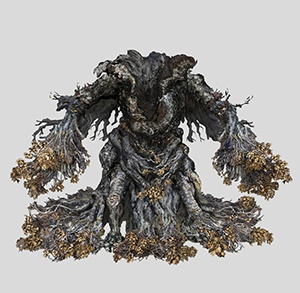