Stormhill is a Location in Elden Ring. The Stormhill region is the second area available to players during the Network Test. Players will enter Stormhill in order to proceed toward Stormveil Castle, and will have to deal with the bad weather of the region.

Stormhill is a stormy region with unrelenting north winds, its inclement weather keeping most settlements at bay, and allowing for the proliferation of wildlife and other, sturdier creatures. Its tall cliffs are favored by Eagles, but boars and wolves also roam. Since the breaking, spectral Spirit Jellyfish guard the graves on the upper cliffs. 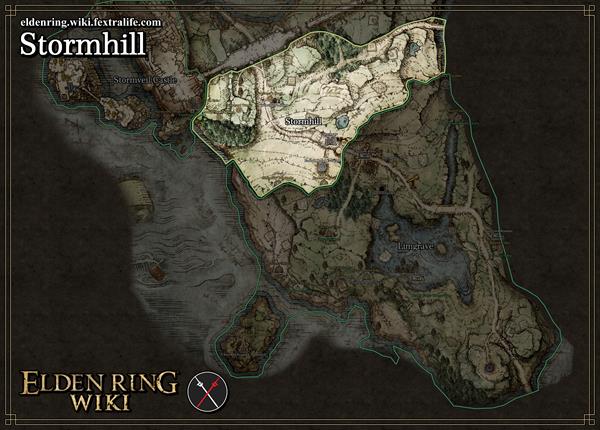